Next up in our weekly author interview is Susanna Reilly.   I've known Sue for nearly 20 years.  We both started in fan fiction as members of a Philadelphia-based chapter of STARFLEET, the international Star Trek fan organization.

I'd hoped to have the honor of being the first to publish Susanna’s work, but the Main Line Writers Group got the jump on me with their wonderful anthology, Unclaimed Baggage.  Nevertheless, I am proud to include not one, but two wonderful SF tales from Sue in our upcoming collection, Somewhere in the Middle of Eternity, to be published by Firebringer Press.

The book will contain 13 fantastic tales of science fiction, fantasy, and the paranormal written by eight authors and edited by yours truly.   Each story will be accompanied by a black and white illustration provided by phenomenal artist Mike Riehl, who also created our gorgeous cover.

Susanna will be among the authors joining us at Shore Leave where we will launch the anthology during the Friday evening Meet the Pros party.  It will then be available in paperback and eBook from Amazon, B&N.com, Smashwords, and just about every online bookseller. 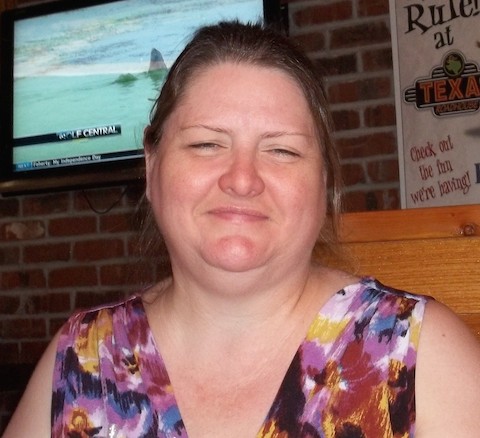 Most writers have at least one established author who inspired them.  Would you share with us some of the authors who influenced you?

The first authors I remember going back to over and over again were Ray Bradbury and Agatha Christie.  They stoked my interest in the science fiction and mystery genres.  As a pre-teen and teen, I gobbled up all the Bobbsey Twins, Nancy Drew and Hardy Boys mysteries I could get my hands on.  As a teen I read John Jakes’ North and South series voraciously and discovered, and was awed, by Stephen King’s The Stand, with his deep insights into good and evil, as well as basic humanity.

Reading Star Trek and other TV and movie tie-in novels by authors like Peter David and Keith DeCandido was the genesis for my getting involved with fan fiction writing in my late 20’s and early 30s (see next question).  In recent years I’ve had the opportunity to meet a few of these influences in person, but the one who has had the biggest impact on me is Jonathan Maberry, who is now a New York Times best-selling author of the Joe Ledger thriller series and the Rot and Ruin zombie series (as well as a bunch more there isn’t enough room to list).  I met him (and his lovely wife Sara Jo) through the Writer’s Coffeehouse, a writer support group with both an on-line presence and in-person meetings once a month.  Not only is he an excellent writer of can’t put them down thrillers, he is also an incredibly kind and generous person who is willing to share all that he has learned about writing and the publishing business (which is a whole lot) with other writers.  He’s made me think deeply about not only what kind of writer I want to be, but what kind of person.

Along with Stuart Roth, you and I wrote fan fiction in the same circles.  What fan fiction did you most enjoy writing and why?    Did you find, as I did, that writing fan fiction was an effective training ground for honing your skills as both writer and storyteller?

Stargate SG-1 is my all-time favorite science fiction show, so the stories I wrote in that genre were definitely my favorites.  I’ve also written in the Star Trek, Highlander and Law & Order:SVU universes, but the readers seem to agree that my Stargate stories are the most enjoyable.  To this day, I still get one or two likes or reviews a month (mostly for my story “Jake” about the high school antics of the O’Neill clone) from my fanfic that is posted at www.fanfiction.net (author name SMR723).

I found that fan fiction was a great training ground because I already had a fully developed world and characters to work with, which allowed me to concentrate on creating the story and perhaps one or two original characters.  It also allowed for the stories to be written faster, which minimized frustration and allowed me to complete stories before I got discouraged and gave up.  There are so many layers and nuances to good writing that anything that helps make it easier goes a long way to making it better.

Also, working with Stuart Roth and the science fiction club’s production team to get the fanzines published was also an incredible learning experience that helped me understand the ins and outs of the publishing process.  That helped a lot with the occasional speed bumps encountered with my professional projects and made the experience less frustrating.


Can you give us a quick blurb about your story, “To Protect and To Serve” in the anthology, Unclaimed Baggage: Voices of the Main Line Writers?

“To Protect and To Serve” was influenced by the many recent news stories about police officers being hurt or killed in the line of duty.  My father was a civilian employee in the law enforcement field for many years, so I grew up with an appreciation for the hard work and dedication of the police officers who are out there every day protecting us.  The story is about a middle-aged police officer returning to duty after being shot by a teenager who was on drugs.  Since it’s a short story, it’s hard to say any more without giving away plot twists, but I’ve gotten many compliments on the story that are much appreciated.  The anthology is available in both print and kindle versions through amazon.com for anyone who is interested.  I’ll also be bringing a few copies to Shore Leave with me if anyone would like to stop by our table and pick one up.


You have two fantastic SF stories in our anthology, “Perchance to Dream” and “Form and Substance”.   Please tell us what inspired each of these tales.

Thank you for the compliment. I had a lot of fun writing both stories and appreciate having them showcased in your anthology.  “Form and Substance” has an interesting history. It actually started out about a dozen years ago as a fan fiction story set in the Star Trek:TNG universe.  At the time I wrote it, the fanzine’s editor (hi Stuart Roth!) suggested it could be made into a general science fiction story pretty easily by removing the Star Trek specific references.  The idea stayed in the back of my mind, but I never got around to doing anything about it until the opportunity to submit to this anthology came up.  It took a lot more tweaking than I initially anticipated, but I’m very happy with the result and hope the readers enjoy it as well.

“Perchance to Dream” was adapted from an idea I had for a story in the Star Trek:Enterprise universe that I never finished writing.  It was originally conceived as a flashback story for Tripp Tucker, who was a captive of a species that watched their prisoners’ memories as a form of entertainment.  I particularly liked that element and wanted to do something more with it.  Once I came up with the idea of the dream researcher who also enjoyed video editing, the rest of the story wrote itself.  I’m very pleased with how it turned out and hope the readers agree.


What can readers expect next from you?

Right now I’m working on a story for submission to the Rehoboth Beach Reads short story contest.  Longer term, the Main Line Writers Group is considering publishing another anthology in 2015 or 2016 so I have some ideas percolating for that project.  Even longer term, I’ve had a novel on the back burner for a little while and am trying to decide whether I’m going to go back and finish it.  The subject matter is closer to my Law & Order:SVU fan fiction story than the science fiction/fantasy I usually write, so it is definitely a challenge.  But whatever project I’m working on, the most important thing is that it’s fun and brightens my day.


What does Susanna Reilly do when she isn’t writing?

Most of the time working my day job as a legal assistant to a solo practitioner attorney in the Bala Cynwyd, PA area.  The rest of the time is divided between spending time with friends and family (especially my two adorable grandchildren, Raiann and Xavier), reading, crafts such as scrapbooking and needlepoint, watching my favorite tv shows and going to the movies.  During the summer I spend as many nights as possible at the Rose Tree Summer Festival in nearby Media, PA enjoying concerts under the stars.  I also enjoy going to the Farpoint and Shore Leave conventions in Maryland every year. 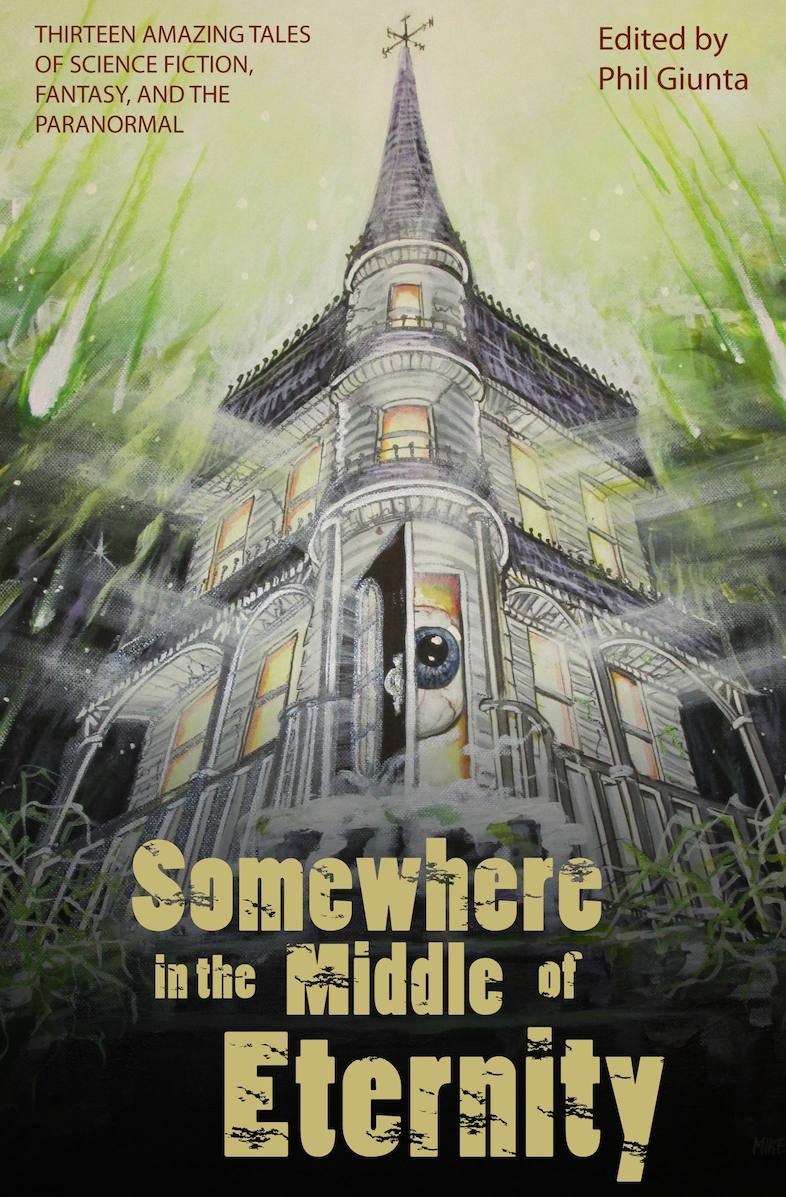